Effect of Squats and Plyometric on Vertical Jump

It is generally agreed athletes should complete a general conditioning program before incorporating plyometrics. The National Strength and Conditioning Association suggests athletes should be strong in the squat before beginning a lower body plyometric program. In addition, high intensity plyometrics should not be performed year round (NSCA, 2000). 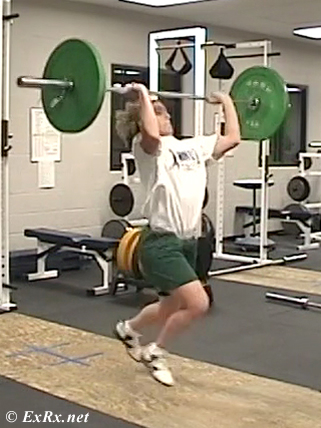 Ideal exercise stimulus for both strength and power to achieve optimal performance gains includes varying forces and velocities (as in a periodized program):

Increase of Force or Speed?

An increase in power comes from higher force of training and not from a higher velocity of training.

Contrasting loads and/or exercises results in short-term enhancement of power output. Alternating sets of a strength exercise and load (>85% 1RM) with sets of a power exercise and/or load (30-45% 1RM).

Baker, Daniel (2001), A series of studies on training of high-intensity muscle power in rugby league football players, Journal of Strength and Conditioning Research, 15(2), 198-209.

Results of this study suggest the inclusion of ballistic exercises into a heavy resistance training program can increase 1RM bench press and lower-body power.

Jandacka (2001) found that loads at 30 and 50% of the 1RM resulted in greater mean bench press power output computed from the acceleration phase of the lift than did all other loads.

For power pulls, the optimum weight results in 10-20% greater power output as compared to 1 RM. 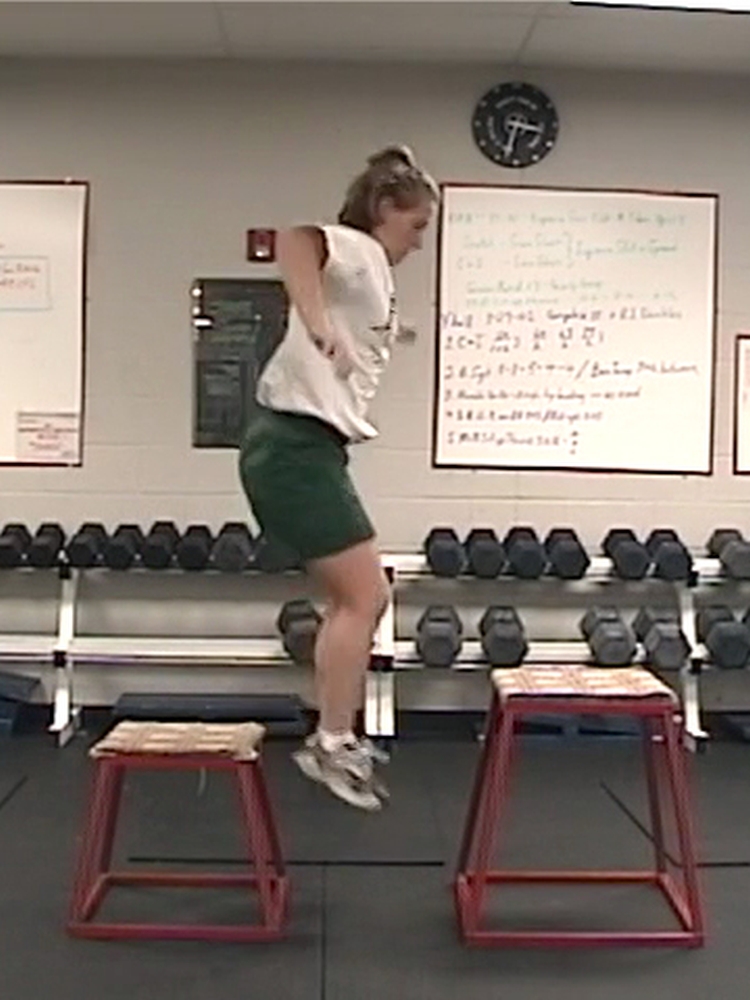 Jumping from heights greater than 40 cm (16") does not seem to produce greater force development since a deeper flexion is required for shock absorption which may disapate elastic energy and slow the speed of recoil (Kreighbaum, 1996). A height of no more than 20 cm (8") has been suggested for reduced risk of injury (Kreighbaum, 1996). Other experts suggest a 46 cm (18") bench height is optimal for a high jump height at a low injury occurrence. Also see Stretch-shortening Cycle.

A greater contractile force was achieved from a quick bounce-jump executed as soon as possible after landing from a drop-jump as compared to a deeper knee bend jump (Kreighbaum, 1996). Dr. Michael Yessis states the jump must be executed in 0.15 seconds or less. (Fitness Management, Oct 1999)

Baker, Daniel (2001), The effects of concurrent training on the maintenance of maximal strength and power in professional and college-age rugby league football players, Journal of Strength and conditioning Research, 15(2), 172-177. 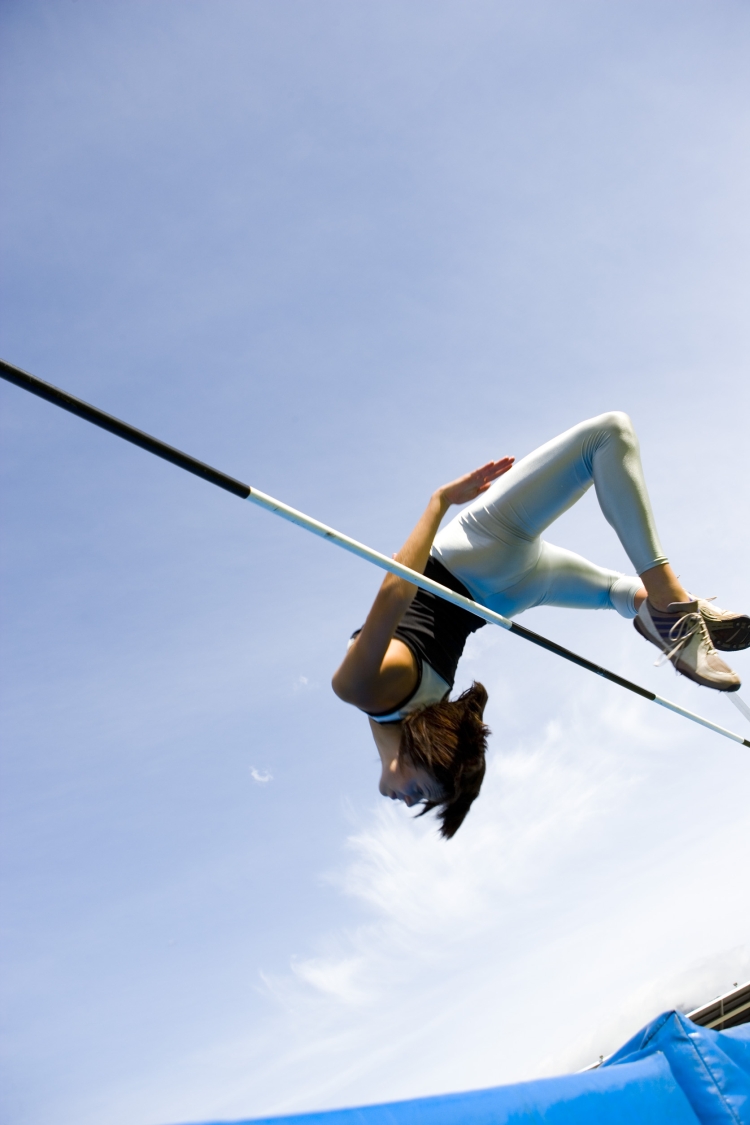 To maximize force production at a joint, it is not enough to just do activities which are task specific movements (to allow neural drive and multi joint coordination to develop). Specific movements at the correct velocity must be performed. An increase in strength does not transfer to all speeds which the movement was performed. The greatest increases in strength occur near or below the velocity of the exercise. 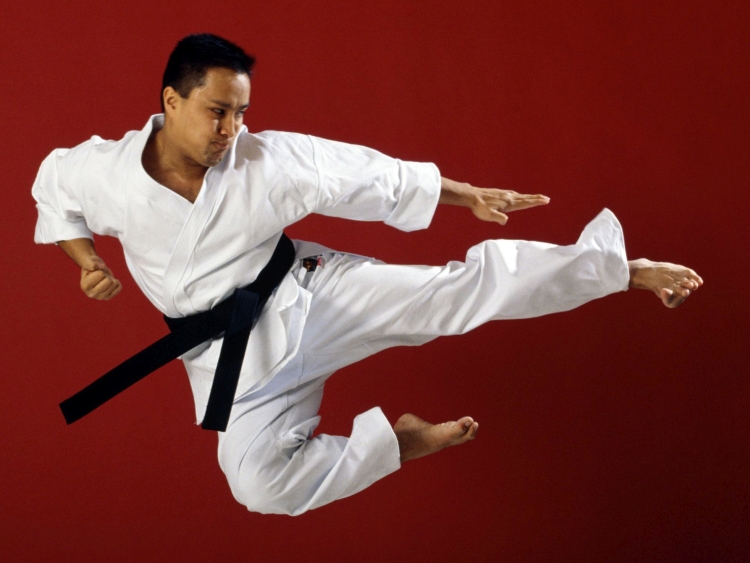 Just prior to ballistic movements, agonist muscles may exhibit a premovement silence (PMS) where there is little or no motor unit activity. Increased frequency of PMS may be learned; a neural adaptation to high velocity training. The PMS may increase peak force and the rate of force development of ballistic movement by inducing a brief stretch-shortening cycle. Furthermore, the brief silent period may bring motoneurones into a non-refractory state increasing their potential to be more readily recruited and to be able to execute higher firing rates.

At beginner and intermediate training levels, power exercises like the snatch and cleans & jerk typically do not exceed 5 repetitions. No more than 6 repetitions are usually performed on partial power exercises such as hang cleans and hang snatch. This allows them to focus on exercise mechanics (AKA: form) with less chance of injury.

At advanced and elite training levels, rep ranging between 1-3 reps are typically performed for the Clean or the Clean and Jerk.

"Most who try sets of 5 on the clean and jerk with any decent load quickly abandon the notion that the competitive lifts can be trained with high reps. Most (maybe all?) accomplished lifters use sets of 1-3 (reps) almost exclusively for a reason. And singles or doubles are probably far more popular than triples."

What Happens When You Have a Concussion?